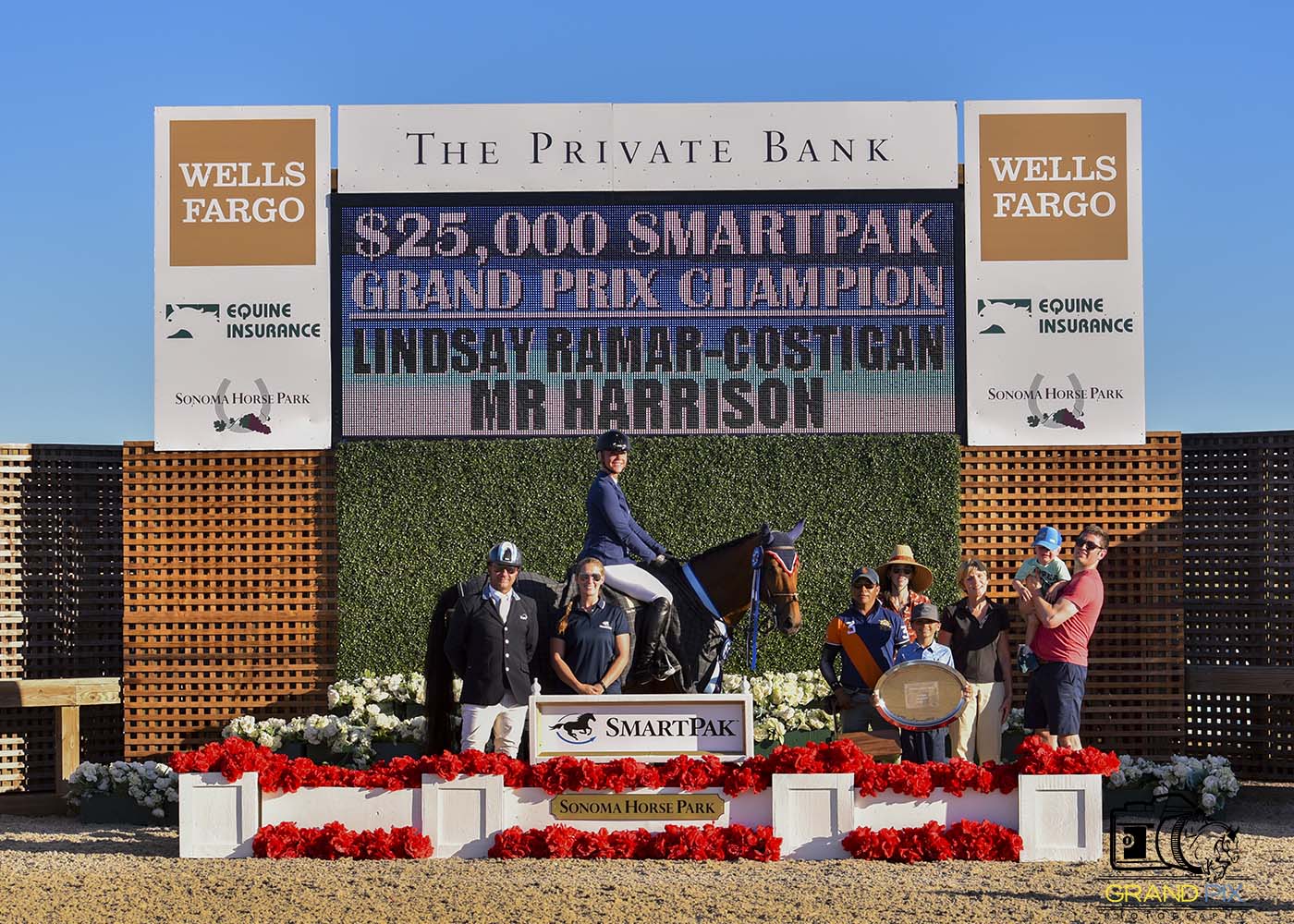 Adult Amateur Lindsay Ramar-Costigan and her own 10-year-old BWP Mr. Harrison were the talk of the town at Sonoma Horse Park this weekend when they clinched the $25,000 SmartPak Grand Prix, their biggest win yet.

Twelve horses and riders made it through to the jump-off, however only two amateur and two professional riders managed to produce a double clear round. Lindsay, eighth to return for the jump-off, was able to hold on to her massive 2.5 second lead for the win. The pressure to beat her time certainly forced other competitors to take risks and that caused the rails came down, especially on the gallop to the last fence.

Lindsay purchased Mr. Harrison a year ago from Mattias Ekeroth and this is only their second time competing in the $25,000 Grand Prix at Sonoma Horse Park. Considering they only started to to move up two months ago this will be a pair to watch in the future. Mattias’s wife Allison had encouraged Lindsay to look at the horse, and Lindsay is thankful for her persistence which has led to such great success. As Lindsay said, “she was so right.”

On discussing Lindsay’s strategy she said,”To go as fast as I could and leave the jumps up. I knew that there had not been many double clear, and I aimed to be clean and hopefully all the rest would work out. He learns every time we go into the ring together and I look forward to building our partnership. He is allergic to wood and he just jumps higher and higher.”

Lindsay also has some secrets to her success; she whispers a secret message into Mr. Harrison’s ear as they enter the ring and she also visualizes a lot and she finds that helps her as she competes as an amateur.

“I want to thank Ashley Herman for creating such a wonderful horse show for us to enjoy. I love competing here with my NorCal friends. I also would like to thank everyone in the class, as we all supported each other, everyone feels — if I don’t win I want you to win. Thank you to Mariano and Nina Alario, my groom Ray and my mother for loving the horse even more than I. Finally, I want to thank my husband! Happy Father’s Day from me and our two-and-a-half-year-old son for always supporting us.” 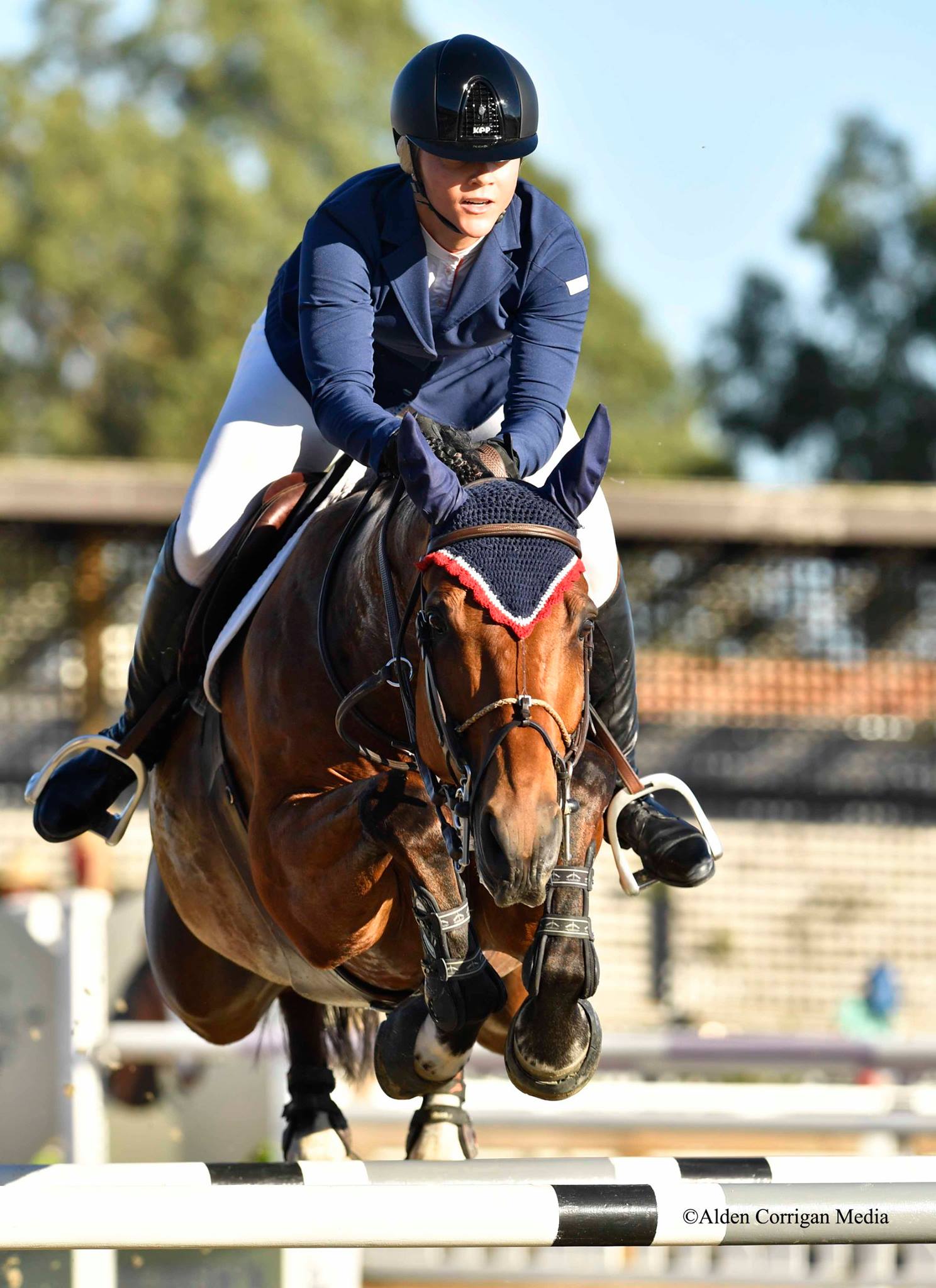