The Capital Challenge Horse Show, presented by the World Equestrian Center, came to a close on Sunday, October 8, with the awarding of the final Junior and Children’s Hunter championships. The Grand Junior Hunter Championship went to Augusta Iwasaki of Calabasas, CA, riding Small Affair, owned by Lyn Pedersen.

“It’s an amazing feeling. I’ve always wanted to be a champion at a place like this,” said Iwasaki, whose slew of awards on Sunday marked her second consecutive weekend of winning at Capital Challenge, having won the THIS National Children’s Medal Finals just a week ago. “[Small Affair] is amazing; he’s so much fun to ride, and you can just feel how nice of a horse he is when you’re riding him.”

Finishing behind Iwasaki and Small Affair as the reserve champions of the Large Junior 15 & Under Hunters were Emma Wujek of Grosse Pointe Farms, MI, and Casallo, owned by Erin McGuire.

Following their grand championship win, Iwasaki and Small Affair returned to the ring to also claim victory in the $2,500 WCHR Junior Hunter 3’6” Challenge.

“I had a lot of fun doing [the Challenge],” said Iwasaki, who took over the ride on Small Affair two years ago. “He has so much personality and is very opinionated. It’s really fun to have one that you really have to work to earn his trust. It’s really rewarding.” 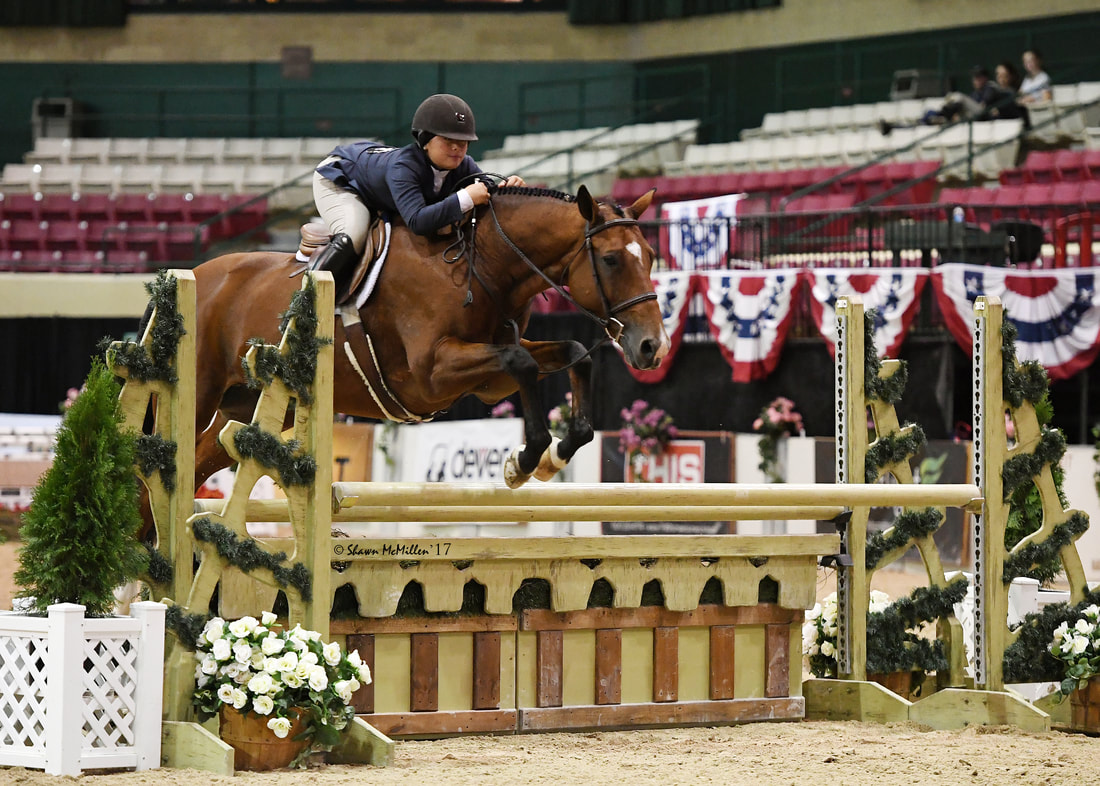 In the Junior Hunter 3’3” divisions, the Section A championship went to Adam Edgar of Leesburg, VA, and Q-Pid, owned by Whitney Sinclair, and the reserve championship was presented to Valentine, ridden by Hunter Champey of Far Hills, NJ, and owned by MDHT Equestrian LLC.  In Section B, Stella Wasserman of Beverly Hills, CA, earned the championship riding Boss, owned by Laura Wasserman. The reserve went to Sofia Roberts of Wilmington, OH, riding Kingston Lane, owned by Sofia Roberts LLC. 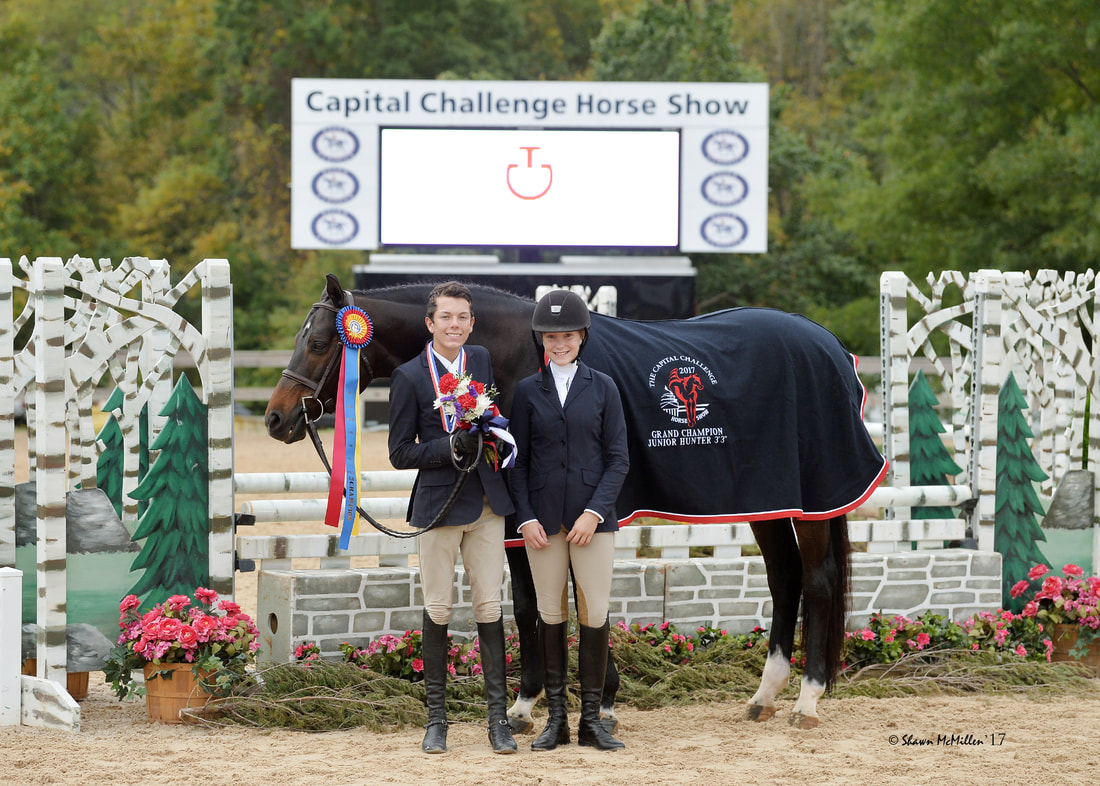 Following the awarding of the section championships, the Grand Junior Hunter 3’3” Championship was presented to Edgar and Q-Pid, who topped two of the over fences classes to lead the point standings. Edgar was also presented with the Best 3’3” Junior Hunter Rider award.

“[Q-Pid]’s the cutest thing ever. He’s really good at Snapchats and selfies,” joked Edgar. “He’s really sweet in the barn; I used to get in trouble all the time because I would just let him walk on his own because he just follows me everywhere. He’s really fun to ride too. He’s little, which I like because I am not that tall. I feel like I can just go around well on him.”

Edgar previously had the ride on the 11-year-old Holsteiner gelding until he was purchased by the Sinclairs at the conclusion of the summer, and they asked Edgar to return to the irons for Capital Challenge.

“I was super excited to have a little reunion with him and to just get back on him after a couple of months,” Edgar said. “For him to go so well was just amazing.

“I just love this show,” continued Edgar. “I’ve been showing here for about four years now. I actually live not that far in Leesburg, VA. It’s nice to be here kind of near my home ground.”

In the $2,500 WCHR Junior 3’3” Challenge, the victory was presented to Stella Wasserman of Beverly Hills, CA, riding Boss, owned by Laura Wasserman.

​The EMO Junior Hunter Trip of the Show was presented as a tie, with both Emma Kurtz of Hudson, OH, on Akinda and Brooke Morin of Calabasas, CA, on Mayfield earning scores of 89.50. The Stewart Warner Junior Cup, presented to the Junior rider who, in the opinion of the judges, exhibits the best riding style on a hunter throughout the competition. 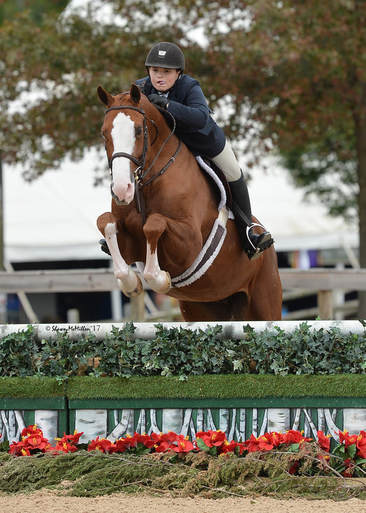 Henry Healy and Best of Me. Photo by Shawn McMillen Photography

Healy, 12, and Best of Me finished first and second over fences and second under saddle to earn the Children’s 14 & Under Hunter Championship.

“I’m just really proud of her,” Healy said of the seven-year-old Dutch Warmblood mare that he just started showing in June. “She’s not a typical chestnut mare. She’s always really good. She jumps really well; she’s really good in the hack too. She always tries her best, and if I make a mistake she’s forgiving. She doesn’t make mistakes too much, but when she does, it’s okay because she’s just learning.”

Finishing in the reserve position in the Children’s 14 & Under Hunters were Sallie-Mason Wheeler of Keswick, VA, and Wiser, owned by Ceil Wheeler.

In the Children’s 15-17 Hunters, the championship went to Josephine Rose of Springboro, OH, riding Cassino, and Anna Kubiak of Kildeer, IL, rode Memorable, owned by Over Fences Farm LLC, to the reserve championship. 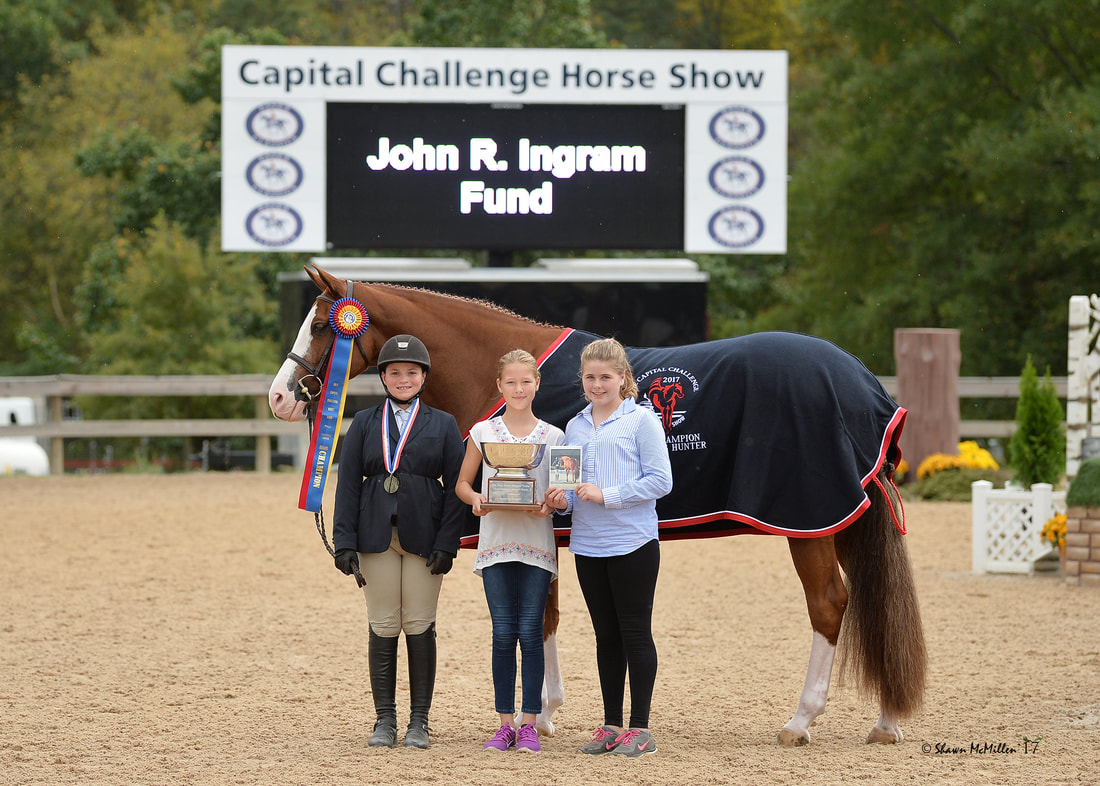 Henry Healy and Best of Me. Photo by Shawn McMillen Photography

The EMO Children’s Hunter Trip of the Show went to Alexandra Sica of Ridgefield, CT, and her own Greystone’s Star Bright with a score of 88.

The Capital Challenge Horse Show management team would like to all those involved with the 2017 horse show for another fantastic event, and they look forward to welcoming back exhibitors, spectators, sponsors, and staff on September 28 – October 7, 2018.