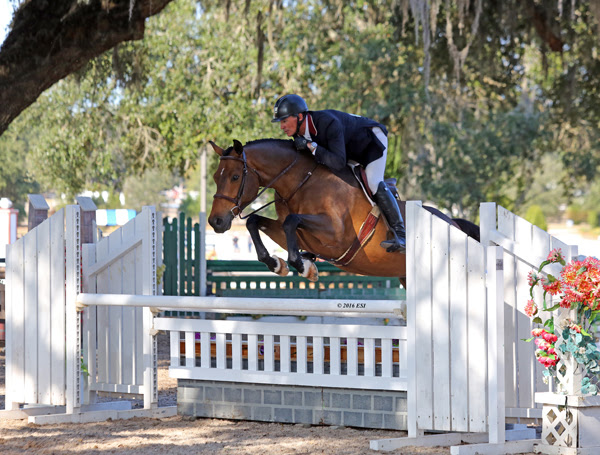 Ocala, FL – December 6, 2016 – Hunter exhibitors took to the ring during the Ocala Holiday Premiere to prove who was the ultimate in finesse and style.

David Jennings of Franklin, Tennessee, rode Attention Please, owned by Woodrun, to the blue-ribbon victory. Jennings and Attention Please earned the highest score of both rounds, an 85 in the first round followed by an 81 in the second for the winning total of 166 and a commanding victory.

Second in the ribbons was Castello, owned by Colleen McKenzie and ridden by Stephanie Dubois-Emond of Morriston, Florida. They scored consistently with a 78 in the first round and a 77 in the second round for a total of 155.

Jennings returned to the winner’s circle to claim the third-place prize as well piloting Big Smile, also owned by Woodrun. The judge awarded the pair a first-round score of 75, followed by a 73 in the second round for a total of 148.

The sponsored Devoucoux Hunter Prix is a qualifier for the $500,000 Diamond Mills Hunter Prix which takes place at the HITS Championship in Saugerties, New York. At the Championship in September, the top 25 riders qualified throughout the year turn out to compete in the most prestigious hunter prix in the country. 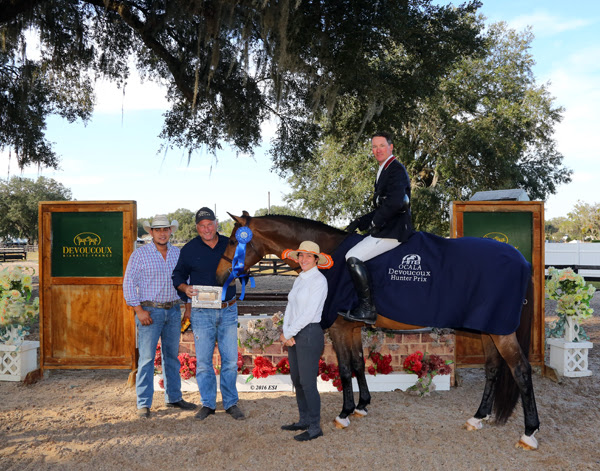