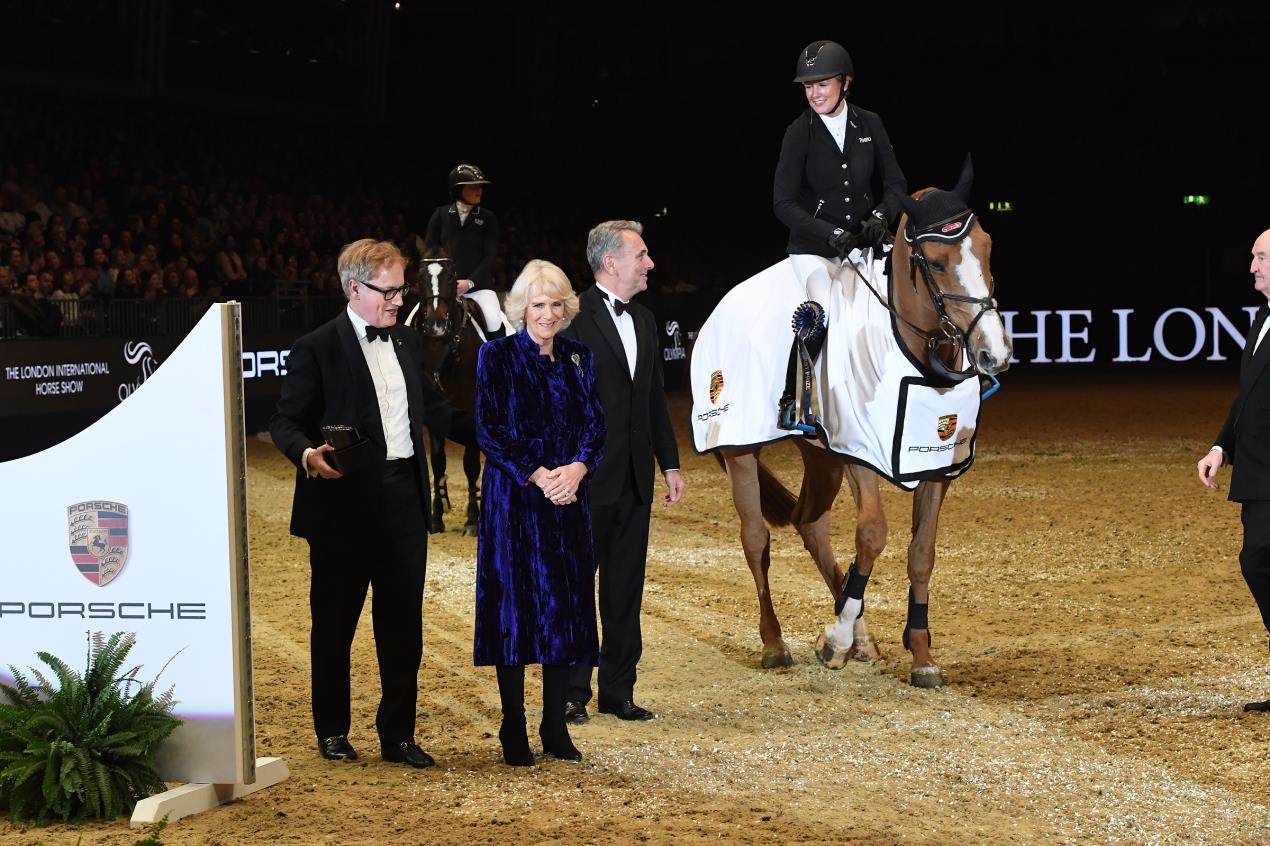 14 December, 2017 — London, United Kingdon — In grand London style, the Olympia CSI 5* events got underway and awarded one of their own in the first event.  Britain’s leading lady rider Laura Renwick and Top Dollar Vl put on a spectacular performance to win The Cayenne Puissance in front of a packed-out grandstand with HRH The Duchess of Cornwall as the guest of honor in the Presidents Box.

HRH The Duchess of Cornwall was present to enjoy an action-packed evening of top-class sport and equestrian entertainment, taking to the arena to present the awards for the Musto Inside Edge Stakes, won by Peder Fredricson, accompanied by European gold medal winners Tina Cook and Sophie Wells. The highlight of the evening, The Cayenne Puissance, was a closely contested affair, with Laura Renwick taking the eventual spoils as the only rider to clear the final 7′ 3″ wall. 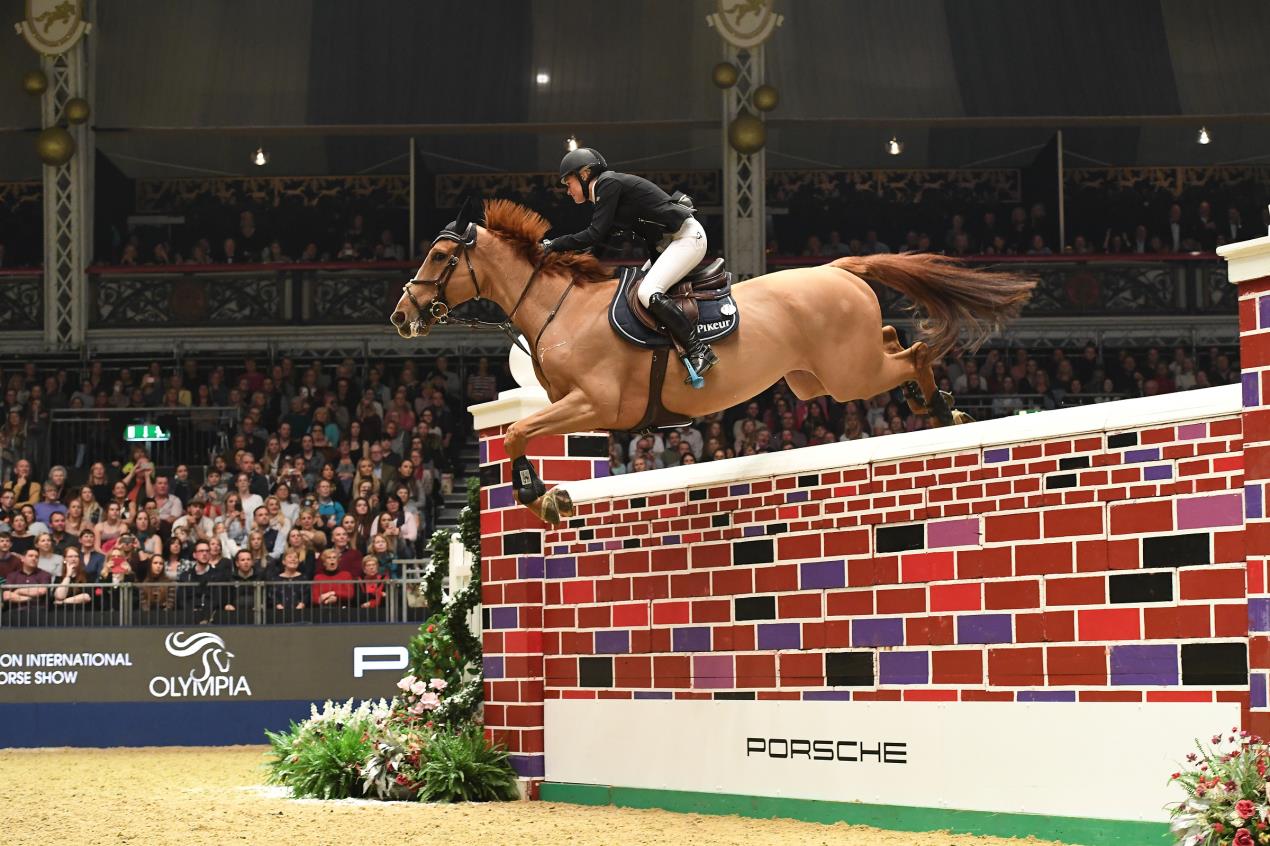 Laura Renwick was overwhelmed by her spectacular victory on Top Dollar Vl in The Cayenne Puissance. Four riders made it to the fifth round, but Karline De Brabander from Belgium on Fantomas de Muze, Ireland’s Padraic Judge on City Business and 2016 joint winner Holly Smith on Quality Old Joker all faulted, and as Laura entered the ring she knew the €7,425 prize was there for the taking.

“That wall is huge and, having seen the other horses hit it, having been jumping really well, I knew it was a big ask,” said Laura afterwards. “I was a little bit lucky – I didn’t have the best stride and the horse really had to use his body to get over it.

“I’ve never won the Puissance outright and so to do it on an eight-year-old horse with not much experience but loads of scope and heart feels amazing. The atmosphere was electric.”

Earlier in the day, Eduardo Alvarez Aznar riding Fidux headed a one-two for Spain in the opening jumping class, the Santa Stakes, holding off a late challenge from his fellow countryman Manuel Fernandez Saro (Cannavaro).

“I was early to go, and Manuel was right at the end. He knew what he had to do but wasn’t quite quick enough,” joked Eduardo, winner of last season’s Zurich Longines FEI World CupTM qualifier with Rokfeller de Pleville Bois Margot. “[Fidux] is a real fighter and very quick across the ground.”

This is Eduardo’s second visit to Olympia, where he won the Six-Bar two years ago. “It’s such a fantastic special show, and a pleasure to ride here,” said Eduardo. “I hope to continue to back here for many, many years.”

Later, there was a Swedish one-two in the Musto Inside Edge Stakes, a speed class, when 2017 European Champion Peder Fredricson (H&M Zoulbet) beat compatriot Malin Baryard-Johnsson (H&M Second Chance) by 0.77 sec to clinch the top prize.