(Almost) Every Horse Movie Ever Made Ranked & Reviewed, Presented by Draper Therapies With winter coming on, ’tis the season to curl up in one’s pajamas to Netflix (or Amazon Prime, or Redbox, or Hulu, etc.) and chill with a good movie — especially one with horses involved.

Since its inception in 2012, JN’s sister site Horse Nation has dug deep to identify, watch and ruthlessly deconstruct almost every horse movie that has ever been made. Here is an encyclopedia of horse movies you may or may not want to check out. Hey, we watch bad horse movies so you don’t have to! Click on the title for HN’s review, and take note of our one horse (meh) – four horse (a must-see) rating!

“A Cowgirl’s Story“: A straight-to-DVD teen drama that has some horses in it. Meh. 🐴

“Albion: The Enchanted Stallion“: A talented cast of actors, including John Cleese, Richard Kind, Jennifer Morrison, and Debra Messing, doing the best they can with a disjointed storyline.  🐴🐴

“A Fine Step“: When an expert horseman suffers a traumatic accident with his top horse, he overcomes his injury with the help of a young girl who helps rehabilitate him and the horse. 🐴

“All the Wild Horses“: A harrowing and beautiful documentary about the 2015 Mongol Derby, the world’s toughest, wildest horse race. Will make you grateful for your couch. 🐴🐴🐴🐴

“Amazing Racer“: Yet another movie featuring — wait for it — a damaged girl, an undervalued horse and an impossible dream. But this one is actually alright. 🐴🐴🐴

“American Mustang“: A 3D journey showcasing wild horses of the American West with a unique mix of documentary and narrative. 🐴🐴🐴

“Apple of My Eye“:  A 2017 story of teenager Bailey who tragically loses her sight in a riding accident. After seeing her struggle to adjust, a guide dog trainer introduces Bailey to Apple, a guide pony. 🐴🐴🐴

“Black Beauty“: This timeless tale is best told via this 1994 adaptation. Bring tissues. 🐴🐴🐴🐴

“Dark Horse“: A documentary about a Welsh barmaid’s improbable dream of breeding an elite racehorse. 🐴🐴🐴

“Dyna Does Dressage“: A documentary film telling the story of the first mule to compete at the USDF National Finals: Heart B Dyna, ridden by Laura Hermanson. 🐴🐴🐴

“Emma’s Chance“: Set at a real-life horse rescue in California. 🐴🐴

“Equus“: Our critic describes this 1977 film as “Silence of the Lambs meets The Saddle Club with a little American Horror Story thrown in.” 🐴🐴

“Equus: Story of the Horse“: A PBS documentary that brings the evolution and both natural and artificial selection process throughout human history to your television in gorgeous storytelling. 🐴🐴🐴🐴

“Flicka 2“: A big-city teenager’s life is turned upside down when she moves to a horse ranch in Wyoming to live with her father. 🐴

“Flicka 3: Country Pride“: Another variation on the Flicka theme, but with eventing! 🐴🐴

“Healed by Grace“: There’s an injured girl and a Friesian. Why is is ALWAYS a Friesian? 🐴

“Hidalgo“: Starring Viggo Mortensen, whom our critic declared “maybe or maybe not the hottest actor ever.” 🐴🐴🐴🐴

“Hobbyhorse Revolution“: A documentary by the Oscar-nominated director Selma Vihunen focusing on the Finnish phenomenon that has thousands of young girls competing upon the backs of stick horses. 🐴🐴🐴

“Horse Camp“: Starring Dean Cain, this one is a contender for “Best Worst Horse Movie Ever.” 🐴

“International Velvet“:  The sequel to National Velvet follows Velvet Brown and the Pie into the world of three-day eventing. 🐴🐴

“Into the West“: At some point, we’ve probably all fantasized about a white horse galloping into our lives and carrying us away. In this 1992 film, one does. 🐴🐴🐴

“Lean on Pete“: A somber coming of age story about the effects of hopelessness, the consequences of running blindly from your problems, and an off-track racehorse. 🐴🐴🐴

“Lump of Sugar“: The Best Korean Horse Movie Ever, featuring a defiant girl jockey, a fallen-through-the-cracks racehorse and a trainer named Mr. Yoon. 🐴🐴🐴

“Miracle of the White Stallions“: Based on the autobiographical novel “The Dancing White Horses of Vienna” by Alois Podhajsky, the film tells the true story of the Lipizzaner stallions of the Spanish Riding School during WWII. 🐴🐴🐴

“Misty“: A movie based on the Marguerite Henry classic, Misty of Chincoteague. 🐴🐴🐴

“My Best Friend“:  A cliched but pleasant family horse movie that will entertain the kids while not being unbearable to the adults in the room. 🐴🐴

“Natalie’s Rose“: When a young girl loses her mother… she finds hope in a white rose AKA grey Arabian. 🐴

“National Geographic: Horses“: A Nat Geo documentary is all over the map, literally and figuratively. 🐴🐴

“Nestor the Donkey“: This stop-motion animation about a long-eared donkey is guaranteed to steal some Rudolph thunder. 🐴🐴

“Nico the Unicorn“: Kevin Zegers, international heartthrob, has a dark secret in his past. It involves a unicorn. 🐴🐴

“Of Girls and Horses“: A German indie film. 🐴

“On the Muscle: Portrait of a Thoroughbred Racing Stable“: A three-part documentary that gives us an in-depth look inside Richard Mandella’s training barn during the 2002 race season. 🐴🐴🐴

“Palio“: A documentary film about the centuries-old horse race held in Siena, Italy. 🐴🐴

“Recon: Unbridled“: A documentary about Horse Sense and Soldiers, an intensive program for veterans suffering from PTSD led by Monty Roberts. 🐴🐴🐴

“Return to Snowy River“: We head back to Australia for some more bandicoot stew, Tom Burlinson, and awesome horsemanship. 🐴🐴🐴🐴

“Rodeo Girl“: A hunter/jumper gets her cowgirl on in the equestrian version of “Save the Last Dance.”  🐴🐴🐴

“Ruffian“: A 2007 film about the racehorse whose spectacular racing career and tragic death touched the heart of a nation. 🐴🐴🐴🐴

“Saving Winston“: Can horses save delinquent teen Ashley from drinking, smoking and hot-pink hair highlights? We are trying hard to care. 🐴

“Seabiscuit“: True story of the undersized Depression-era racehorse whose victories lifted not only the spirits of the team behind it but also those of their nation. 🐴🐴🐴🐴

“Second Chances“: A washed out trainer, a broken down untameable horse AND a little girl with a big dream! 🐴

“Secretariat“: Penny Chenery Tweedy and colleagues guide her long-shot but precocious stallion to set, in 1973, the unbeaten record for winning the Triple Crown. 🐴🐴🐴

“Shergar“: Starring Ian Holm and Mickey Rourke, this 1999 movie is basically equestrian true crime about the disappearance of an Irish champion racehorse.  🐴🐴🐴

“Storm Rider“: A film pairing a spoiled equestrian and a mule. 🐴

“Sylvester“: You still have time to qualify for Kentucky! If you’re a character in this classic rags-to-riches eventing fairytale, that is. 🐴🐴🐴🐴

“The Black Stallion“: That first iconic ride on the beach is one of the best movie scenes of all time. 🐴🐴🐴

“The Caravan“: A documentary covering a five-month, 2,500 mile journey across America. 🐴🐴🐴🐴

“The Colt“: Like War Horse, but more adorable! This 2005 Hallmark original stars Ryan Merriman and a colt born in the midst of the Civil War. 🐴🐴

“The Cup“: A 2011 based-on-a-true-story narrative of an Australian jockey who is on his way to stardom until tragedy strikes. 🐴🐴🐴

“The Derby Stallion“: Starring Zach Efron, it’s got everything you could want from a bad horse movie: clueless dialogue, pitiful riding and a glorious big finish. 🐴

“The Horse in the Gray Flannel Suit“: The family-friendly 1968 Walt Disney classic, based on the book The Year of the Horse by Eric Hatch. 🐴🐴🐴

“The Horses of McBride“: A made-for-TV Canadian movie based on a real-life rescue of two horses snowbound on the side of a mountain in 2008. 🐴🐴🐴

“The Horse With the Flying Tail“: An Academy Award winning documentary about Nautical, a Palomino that defied his stock horse roots to win Team Gold at the 1959 Pan Am Games. 🐴🐴🐴🐴

“The Last Horsemen of New York“: A documentary directed by Mary Haverstick that examines the embattled New York carriage industry and the drivers fighting to save their livelihoods. 🐴🐴

“The Long Shot“: A 2003 Hallmark movie in which whats-her-name from Dexter stars as a down-on-her-luck dressage rider. 🐴🐴

“The Man From Snowy River“: This 1982 classic was directed by George Miller and stars a fresh-faced Tom Burlinson and Kirk Douglas. 🐴🐴🐴🐴

“The Path of the Horse“: A world-roaming 2012 documentary exploring the connection between horses and humans. 🐴🐴🐴

“The Small One“: A short Walt Disney film originally shown in theaters as a prelude to Pinnocchio. 🐴🐴🐴🐴

“Tornado and the Kalahari Horse Whisperer“: A movie about a suicidal ex-track star who finds redemption in the form of an Arabian stallion. 🐴🐴

“Virginia’s Run“: Cliches, bad sound effects, terrible and fairly dangerous riding, blatant changing of horses for the same horse character … this movie has it all. 🐴

“White Mane“: A 1953 French short about a young boy who befriends a wild Camargue stallion. 🐴

Also, for maximum viewing pleasure, we highly recommend these Draper Body Therapy® Pajama Pants. They contain 50% Celliant, which the FDA has shown benefits to include:

Available in navy, orchid and slate! For more information on Celliant, click here. 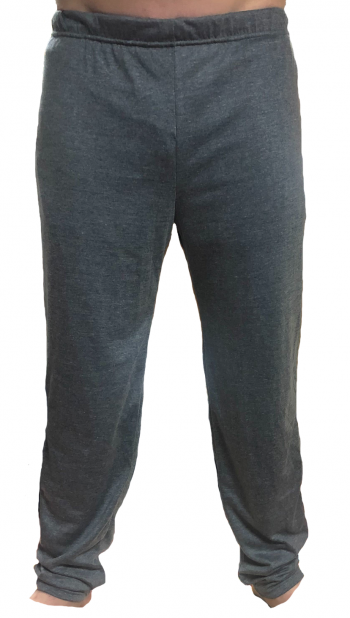