Ocala, FL – January 28, 2017 – The second week of horse shows at HITS Post Time farm is in full swing and riders and horses are hunting for the win in all of the classes the Ocala Winter Circuit has to offer. On Wednesday and Thursday, riders tested their skills in the $5,000 Johnson Horse Transportation Open Welcome and the $25,000 SmartPak Grand Prix, but only one pair could go home with the win in each class.

David Jennings and Carmina, owned by Woodrun, took home the first, featured win of Week II with a victory in the $5,000 Johnson Horse Transportation Open Welcome. It was a competitive jump-off, with 12 exhibitors scoring double-clear rounds, leaving the winning round all up to speed.

Jennings and Carmina captured the win with a clear jump-off in 41.157. Following behind in second place was Emanuel Andrade aboard Inne Van De Plantaan. They clocked in exactly .01 seconds behind Jennings in 41.167. Andrade would also garner fifth place aboard U. 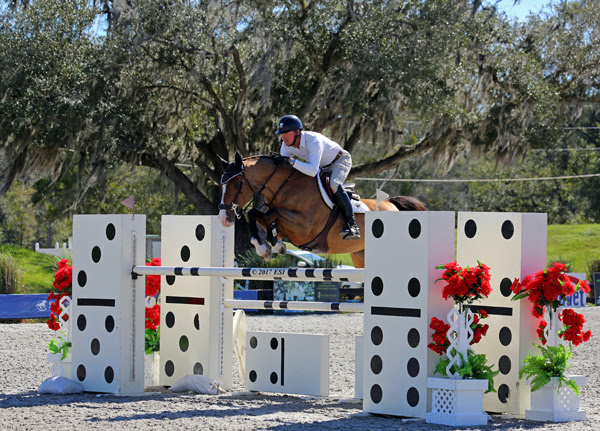 Tracy Fenney Wins $25,000 SmartPak Grand Prix During Week II at HITS Ocala
The popular SmartPak Grand Prix proved to be a very challenging class for the 36 horses and riders that were in attendance, and everyone was hunting for a slice of the prize.

Course designer Tim Hott of Cummings, Iowa, designed a terrific course of 15 jumping efforts for Thursday’s Grand Prix, but only one would go home victorious – and that was Flower Mound, Texas, equestrian Tracy Fenney aboard her winning mount MTM Reve Du Paradis, owned by MTM Farm.

In a 10-horse jump-off, they powered to the finish to win the class with a 39.621-second jump-off round to follow their successful showing in last Sunday’s $50,000 Equine Couture/Tuff Rider Grand Prix where they placed third.

Manuel Torres and Christofolini H, owned by Andrea Torres Guerreiro, placed second among their peers, stopping the clock in 41.886 with all of the rails up. Third place was Kyle Timm riding Can Fly 12, owned by Apex Equestrian Center. They flew passed the timers in 43.031. 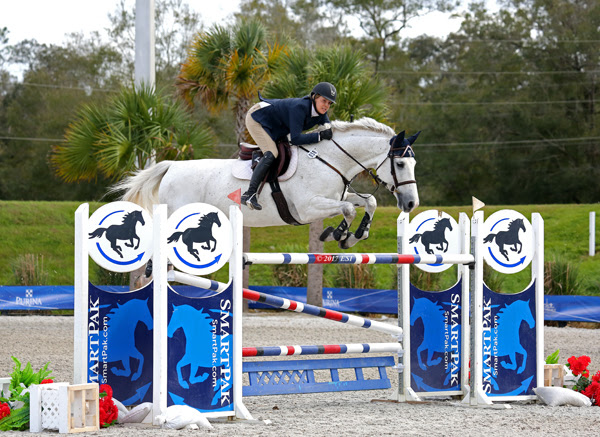