Wellington, FL – January 13, 2018 – On the opening “Saturday Night Lights” and in the 10th annual Battle of the Sexes, presented by Wellington Regional Medical Center, the men’s team was victorious for the first time in the history of the class. The event is one of the most popular events at the Winter Equestrian Festival (WEF), held at the Palm Beach International Equestrian Center (PBIEC) in Wellington, FL. 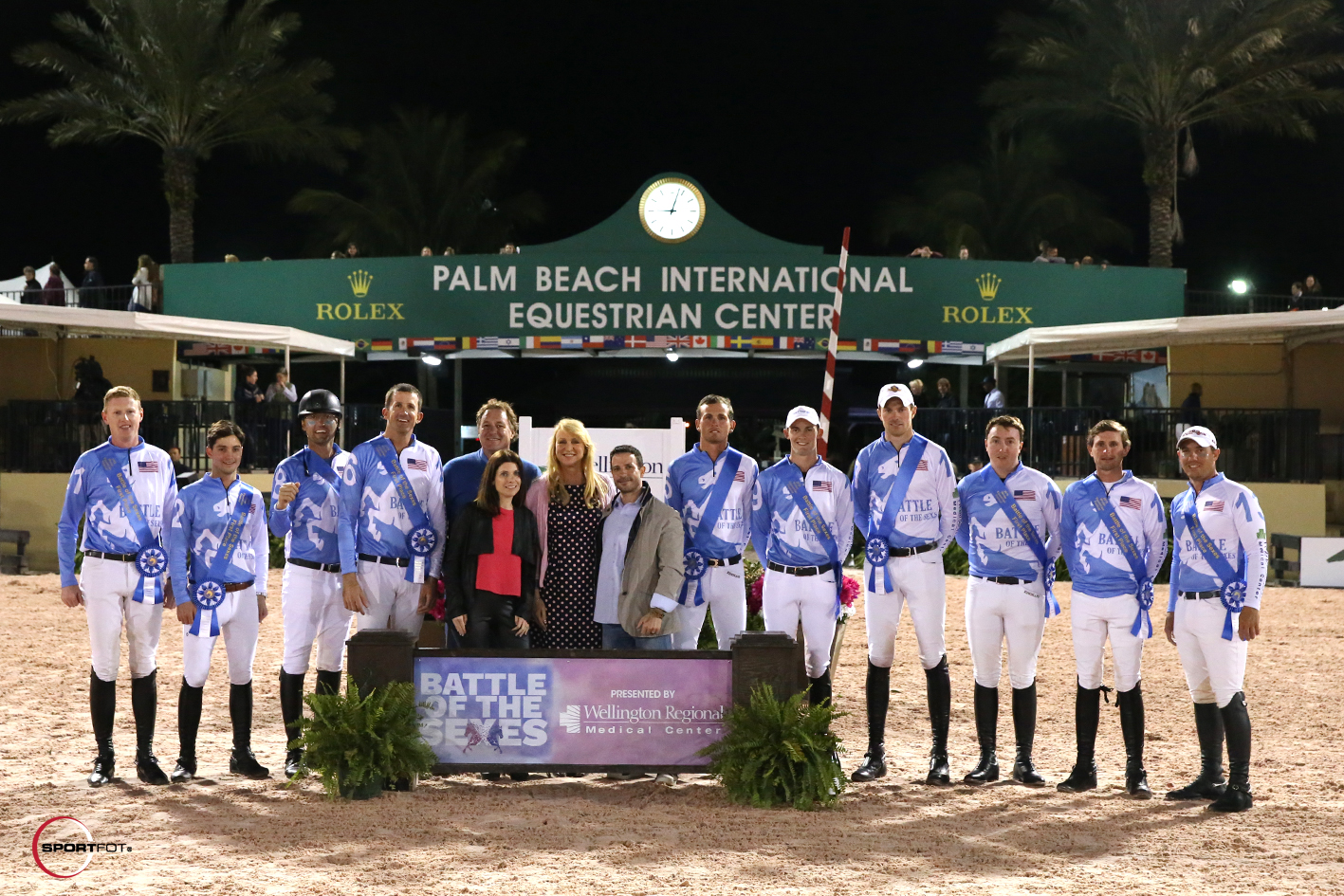 Hunter, jumper, and equitation competition at WEF continues through April 1, 2018, and offers more than $9 million in prize money. The remaining highlight event of WEF week 1, sponsored by Wellington Regional Medical Center, is the $75,000 Rosenbaum PLLC Grand Prix, the first grand prix of the season, on Sunday, January 14, at 2 p.m. 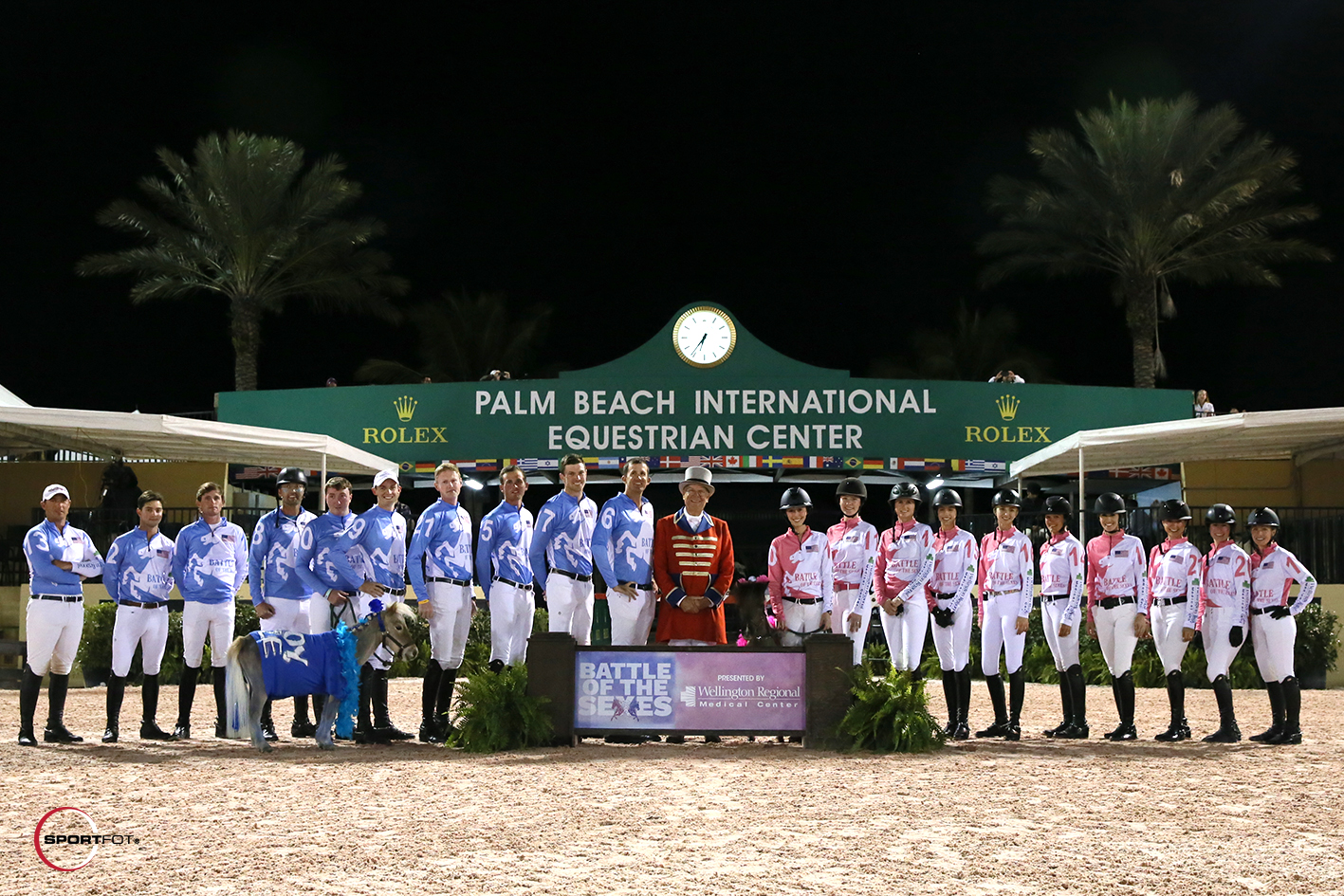 The contest was held in three phases, consisting of a faults converted speed round, a relay race, and a match race. The men and women were pitted against each other in each phase over courses set by Eric Hasbrouck (USA).

In round one, it was a tie with both teams scoring five points. Ireland’s Jordan Coyle had the fastest time of 49.21 seconds. In round two’s relay races, the girls picked up an additional 10 points, while the men earned five, bringing the totals to 10 for the men and 15 for the women. The fastest relay team consisted of Amanda Derbyshire, Sydney Shulman, and Maggie Jayne.

With five points separating them, the men and women headed into the third and final round for match races, where the men took a decisive 18 points to the women’s nine. The final tally of 28 to 24 gave the men their first win in the 10-year history of the class.

It came down to the second to last match race and it was Spencer Smith of Wellington, FL, who secured the win for the men’s team by beating his team captain’s sister, Maggie Jayne. With a four-point difference after Smith’s win, they did not need to ride the final match race.

“There have been a lot of years where it comes down to the last rider or the second to last rider, and Spencer really pulled it off for us today,” said Charlie Jayne. “Spencer went in, and he out-turned my sister at the end. Everybody in the match races did a fantastic job. Spencer really sealed the deal for us.”

Riding in the Battle of the Sexes for the first time, Smith said the event was “super fun.” He continued, “It gives you the team feel and the team mentality. You have the pressure of other riders that are counting on you.”

Coming down the final line of jumps to seal the victory, Smith (below, left) said he was thinking, “Kick and pray!” 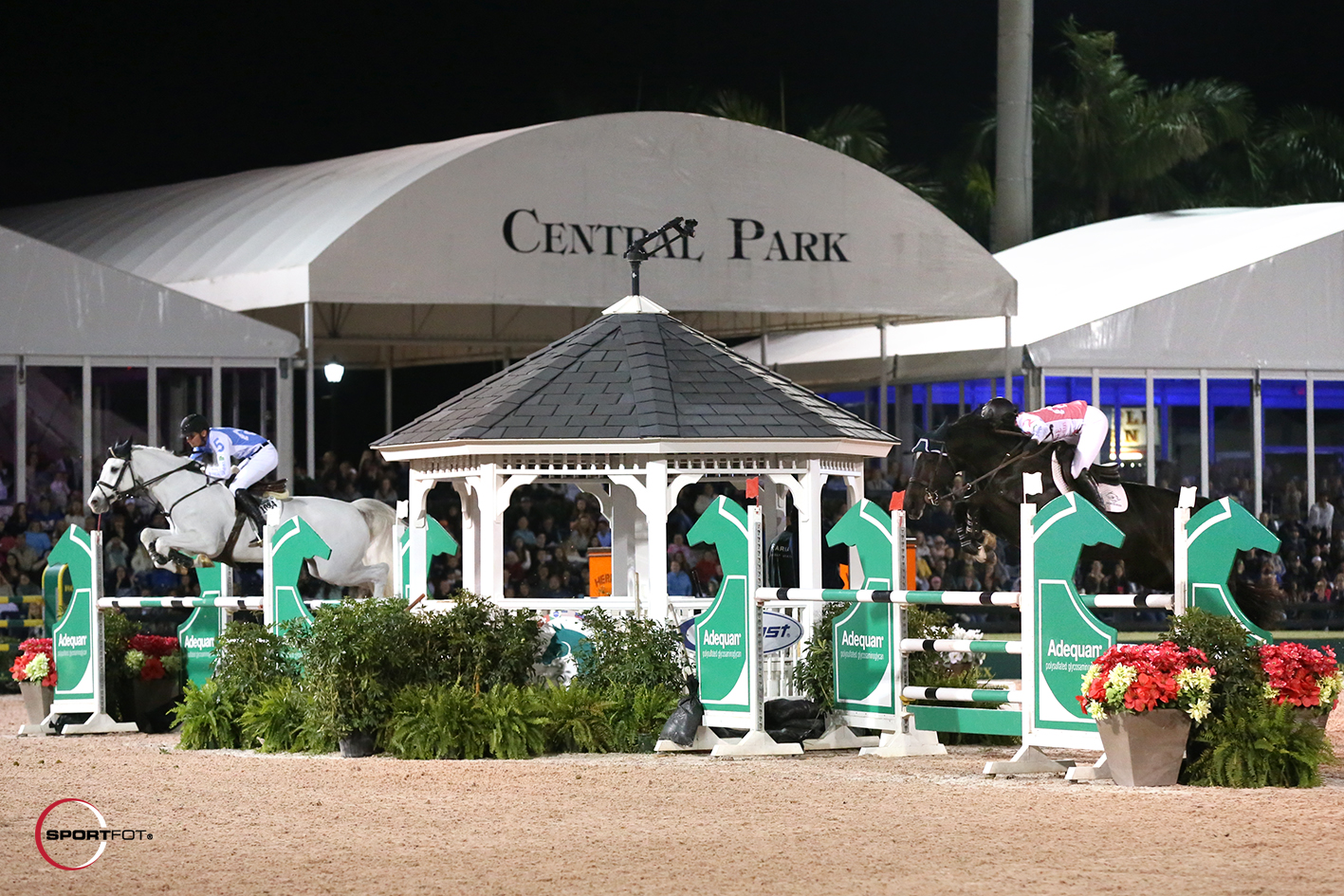 This was Charlie Jayne’s fifth time on the men’s team and the victory was sweet.

“It feels good!” exclaimed Jayne. “It was a team effort. Everybody involved did a great job. It was a great victory.”

In its tenth year, the Battle of the Sexes remains a popular event on the WEF calendar.

Jayne explained, “I think it’s nice because it’s very easy for the general public to understand. The kids come out and they have a great time rooting for the boys or the girls. It’s something that’s instilled in us from a young age, soccer teams, whatever. I think it’s great for the sport.”

“It feels awesome,” Smith said of the win. “We had a great team, great guys, and a lot of fun.” 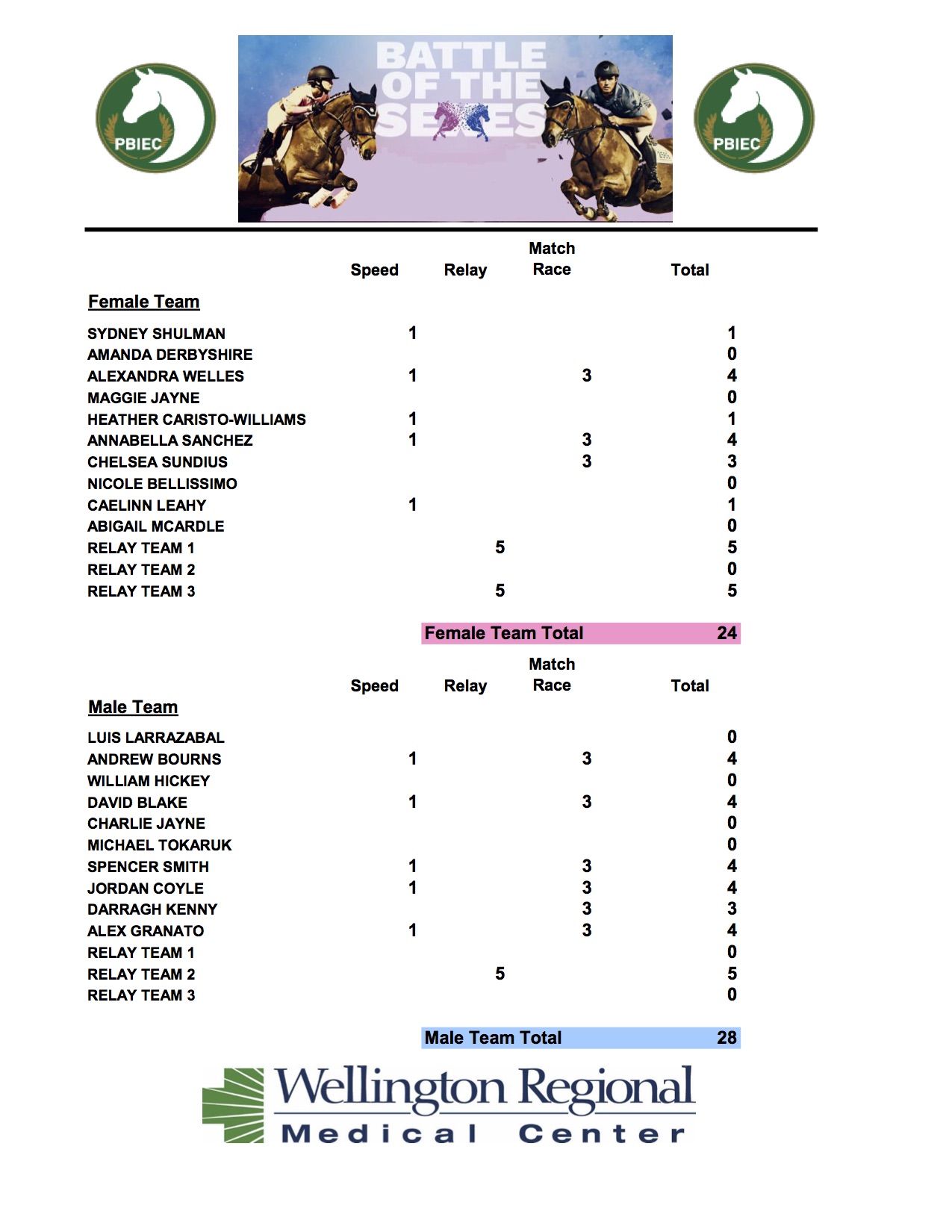