On a beautiful crisp California day, with a score of only two time faults, Savannah Jenkins and Rahmannshof’s Bamiro, owned by Georgy Maskrey-Segesman, picked up first place in the Interactive Mortgage U25 Qualifier at the Blenheim Fall Tournament in San Juan Capistrano, California Sunday. 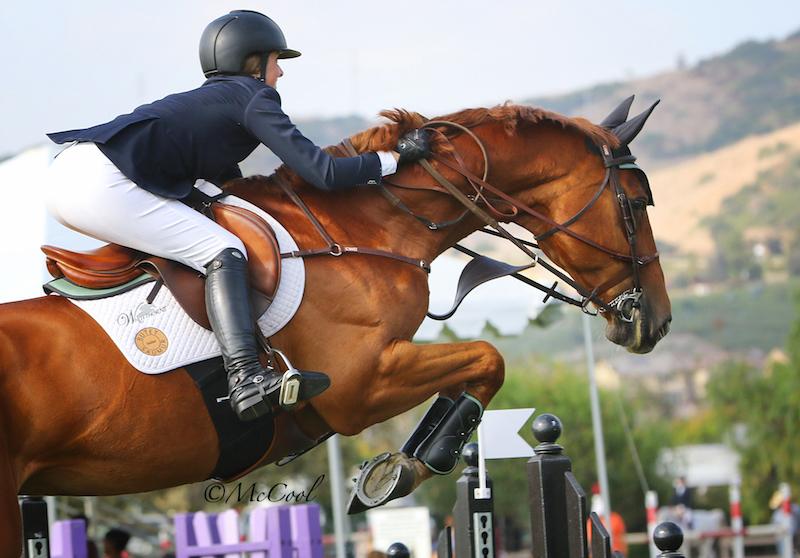 Jenkins was prepared for the questions asked, and rode the challenging course just slightly the over time allowed for the win. Second to Jenkins was the fastest four fault ride in the qualifier, Chandler Meadows aboard Damian. With the points earned from this class, it looks like both riders could qualify for the $25,000 Interactive Mortgage U25 Final at The Las Vegas National, pending their performance in this week’s final qualifying event. 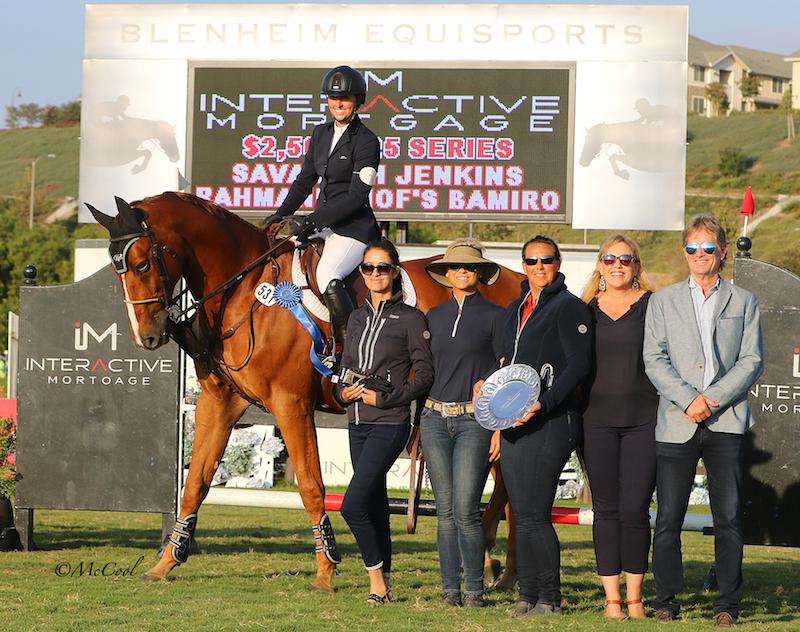 Rounding out a successful week, Jenkins was third on Georgy Maskrey-Segesman’s Covalsky in the $20,000 Interactive Mortgage Horses 10 & Under Futurity Final on Friday.