In her hunter derby debut, Dubois-Emond topped a large starting field of 59 entries riding Castello, a 13-year-old Oldenburg gelding owned by Colleen McKenzie.  The pair earned a total score of 103 points from the judges, including ten bonus points for taking all of the high option fences offered throughout the course.

“I’ll definitely do that again!” said Dubois-Emond, who normally competes in the show jumping divisions.  “This is my first hunter derby ever.  I’ve never done one; I’ve never really ever even watched one.  Before riding Castello, I had not done the hunters since I was a kid, so this was really a lot of fun today.” 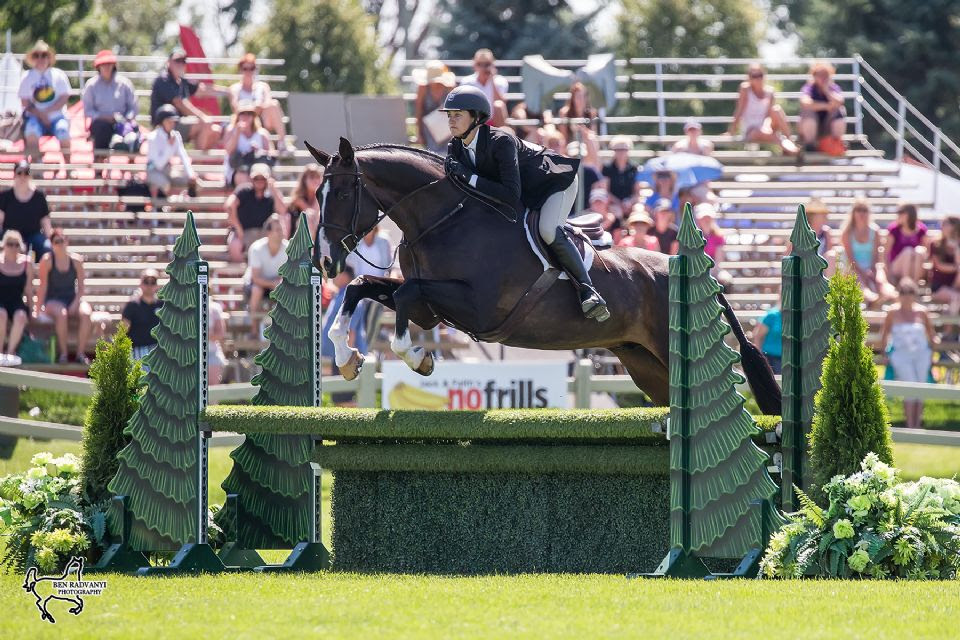 Finishing in close second to Dubois-Emond and Castello was Ryan Roy of King City, ON, and Bayridge, owned by Doug Bannister.  The pair was one point off the lead, earning a score of 102 points while Isabelle Lapierre of Levis, QC, placed third with a score of 101.5 riding Excellent Balou, owned by Gabrielle Buisson.

Renowned Canadian course designers Evie Frisque and 2015 Jump Canada ‘Official of the Year’ Chris Brandt set a challenging track on Wesley Clover Parks’ expansive grass grand prix field that attracted the most entries ever seen in a Canadian Hunter Derby Series qualifying event.  Horses and riders competed over specially-constructed natural obstacles, and bravery was tested as they galloped down through the dreaded devil’s dyke. 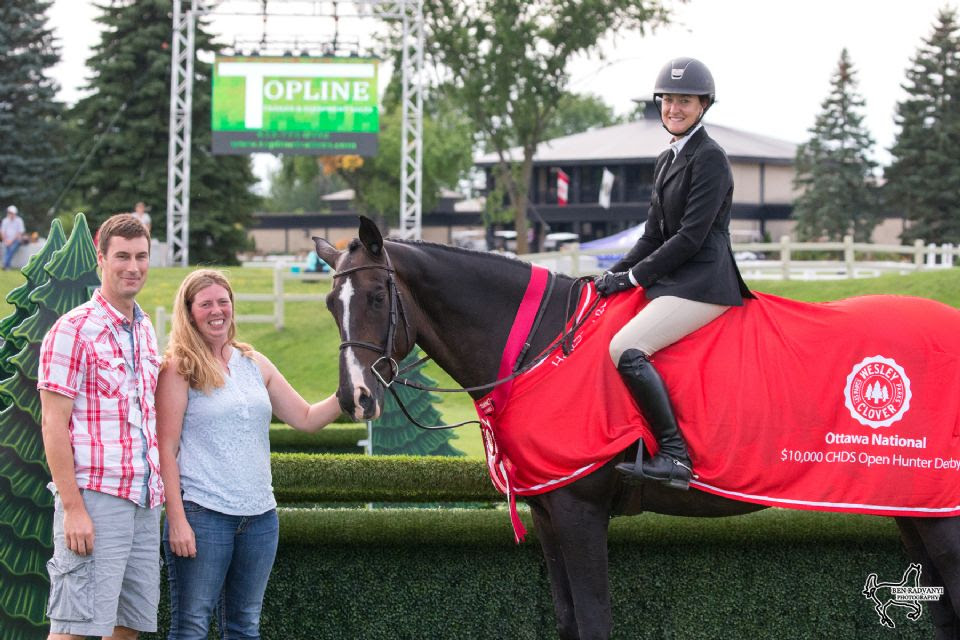 Stephanie Dubois-Emond and Castello were presented as the winners of the $10,000 Canadian Hunter Derby by Scott and Jody Weagant of Topline Trailers and Equipment in Winchester, ON. Photo by Ben Radvanyi Photography

“Castello was great today; he’s the simplest horse I’ve ever had to deal with,” said Dubois-Emond, who began riding the horse in January for McKenzie.  “Now I’ll probably aim to do the next event [in the Canadian Hunter Derby Series].” 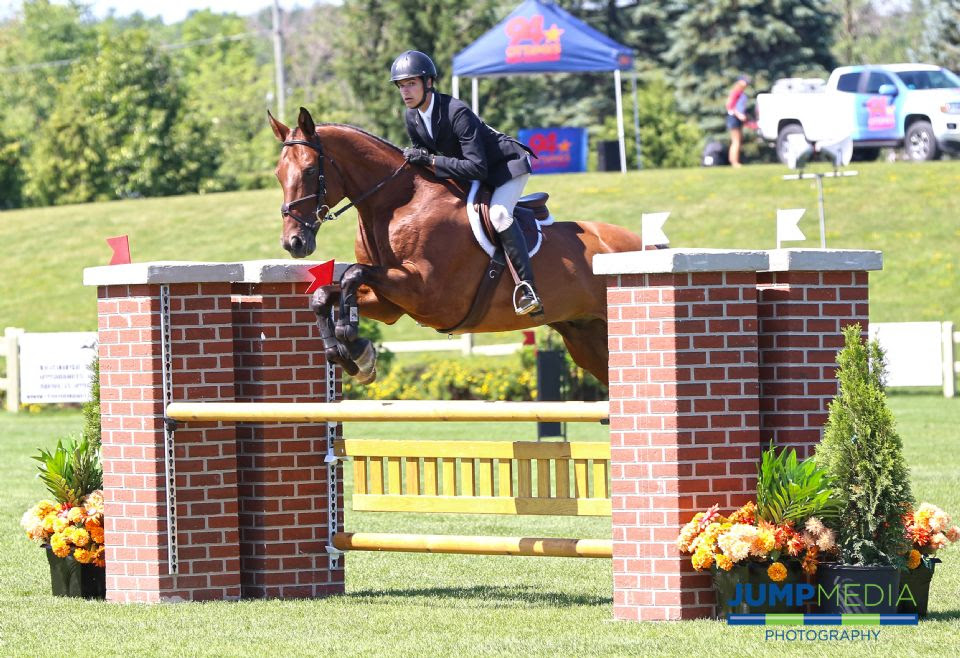 Montreal’s Ludovic Richer and Grand Slam 3E were victorious in the CET Medal, held on the
grass field at Wesley Clover Parks on Sunday, July 17. Photo by Jump Media

Everyone is encouraged to share their Wesley Clover Parks experiences using #TheParks.