Seventeen-year-old Link was the only rider to jump double-clear over tracks designed by Canada’s Michel Vaillancourt. She pocketed the classic win in the irons of her own Wednesday Mornin in a time of 37.04 seconds, and was also named champion of the High Junior/Amateur Owner Jumper division. 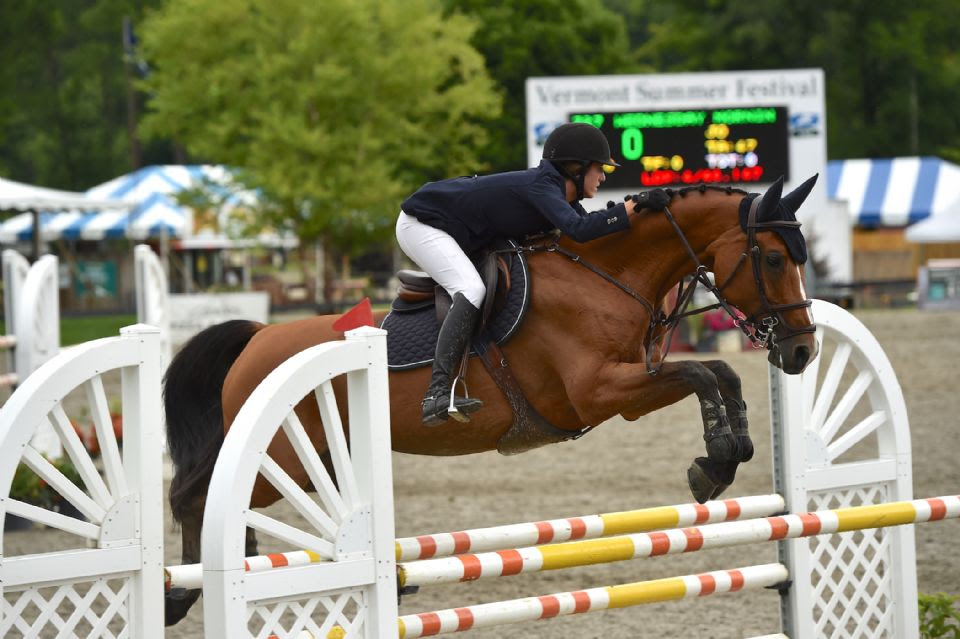 Kendra Gierkink of Harpswell, ME, posted a four-fault jump-off effort to finish second aboard Conisha van de Helle for Kadley Holdings, LLC, and Christina Antonucci of Lake Hopatcong, NJ, rounded out the three-horse jump-off on Zonneglans with eight jumping and 12 time faults.

Jazz Johnson Merton of Oldwick, NJ, and her own Corona SB were clear over the jumps in the first round, but a single time fault kept them from the jump-off and settled them in fourth place. Gierkink also rounded out the top five in the irons of her second mount Romie, owned by Kadley Holdings, LLC, with the fastest four-fault trip over the first round.

Link has had the ride on Wednesday Mornin, a 13-year-old Dutch Warmblood mare, for roughly a year and a half after purchasing the U.S.-bred mount at the end of last summer from breeder Diane Denby. Their partnership was a long time in the making, according to Link.

“I catch rode her three years ago and then was asked to ride her again last summer,” she Link. “After that we ended up buying her. We thought she was going to do the low juniors, but she has really been stepping up to the plate and winning the high junior/amateur-owner jumpers.”

When asked what she likes most about the mare, Link responded, “she is a little hot, but she carries me to the jump and has the biggest heart I could ever ask for.

“I was amazed that I was the only double clean today,” she continued. “The course was really nice and the competition was tough today.”

Link, who rides with Jeffery Welles, returned to East Dorset this week after not showing at the Vermont Summer Festival since her time in the pony ring. She and the rest of the Triton Ventures team will compete again during week five after saying she loves the beautiful surroundings and the relaxed atmosphere the show offers. 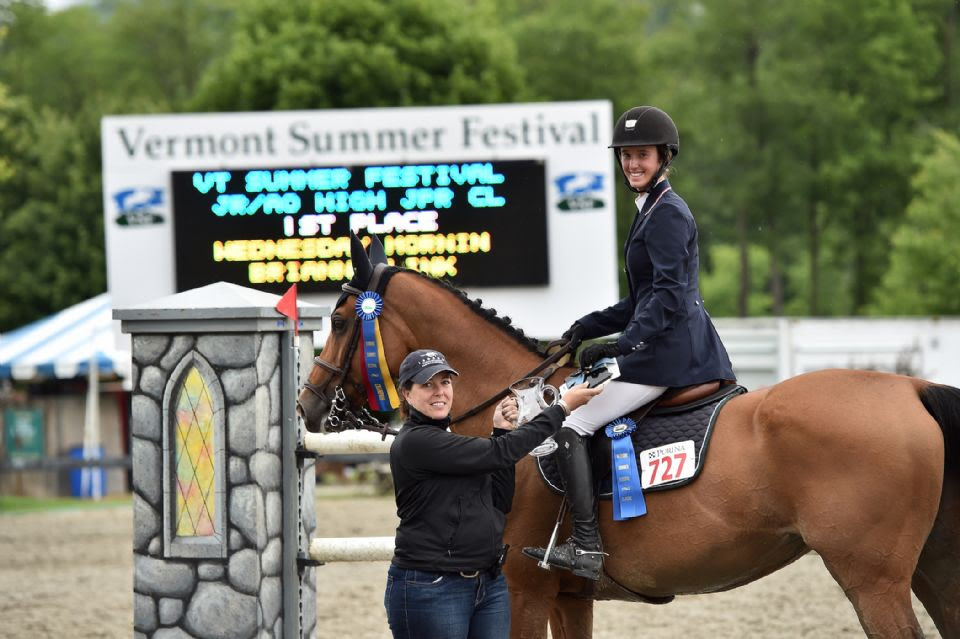 Also highlighting the action in the Grand Prix Ring on Sunday, Saly Glassman of Gwynedd Valley, PA, won the $5,000 NAL Low Junior/Amateur-Owner Jumper Classic aboard Z. Adermie 56, owned by Kindle Hill Affiliates. For the win, she was presented with a pair of Tonic paddock boots and half chaps from sponsor Schockemoehle.

Andres Alberto Correa of Wellington, FL, and his own Quasini Landai jumped to second behind Glassman, while Raleigh Hiler of Sudbury, MA, and her own Tinka’s Queen finished third. Ashley Foster of Brookeville, MD, was fourth with Amon de Diamante‘ for Rolling Acres Show Stables, and Sarah Capuano of Scottsdale, AZ, rounded out the top five in the irons of her own Albratroz VDL.

Earlier in the day, Alissa Kinsey of Danville, NH, claimed top honors in the $2,500 Marshall & Sterling Adult Jumper Classic aboard her own Capella 37. Second-place honors were awarded to Carolyn Lackey of Wenham, MA, and her own Dignity, while Elizabeth Rae of Woodbine, PA, jumped to third aboard Lola, owned by Danielle Torano. Kinsey was also fourth with her won Grisset, and Lauren Brody, of Lloyd Harbor, NY, capped the top five with Urfee de Bornival for LJB Equine, LLC.

For over 20 years, the Vermont Summer Festival has attracted exhibitors and their families to the Manchester region in southern Vermont for great competition in an ideal summer setting. Outside the show ring, exhibitors enjoy the charm of Vermont’s shopping, dining, and outdoor activities.