Tyree and Don’t Go were one of 29 entries to jump the tracks built by course designer Manuel Esparza of Mexico on Thursday afternoon, and one of 14 pairs to advance to the jump-off. Esparza is designing the courses in the Grand Prix Ring throughout week five in his final appearance before traveling to Rio de Janeiro, Brazil, where he will act as Assistant Course Designer at the Olympic Games for the fifth time. 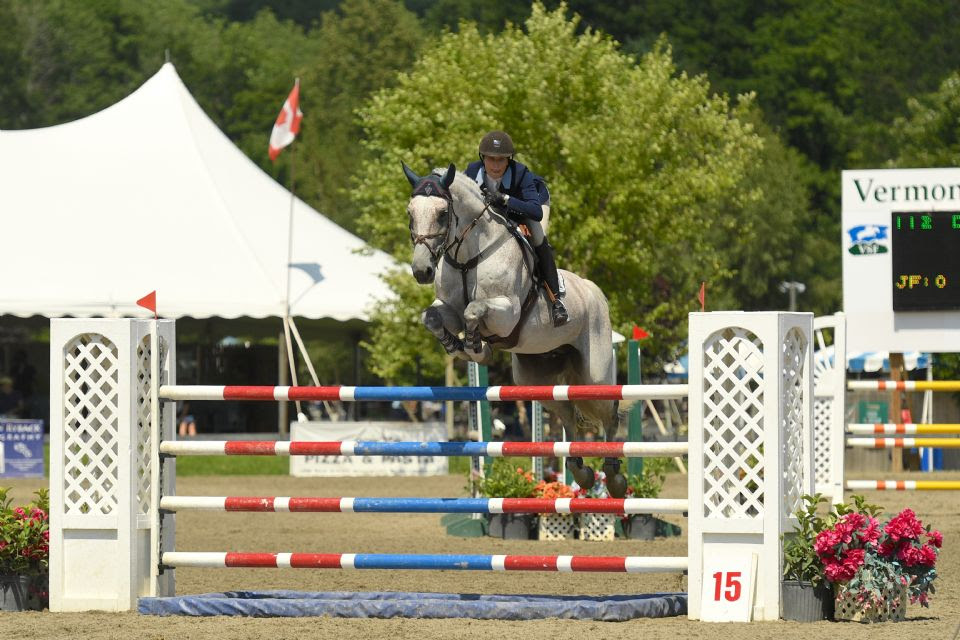 Tyree and Don’t Go, a 14-year-old Oldenburg stallion (Come On x Raphael), were double-clear in a time of 36.04 seconds to take the win over Alexandra Pielet, 14, of Highland Park, IL, who stopped the clock in 36.70 seconds riding Helene VE, owned by Co-Pielet, LLC. 1984 Olympic gold medalist Joe Fargis of Middleburg, VA, posted a jump-off time of 37.08 seconds to place third riding Honolulu 111, owned by Tracey Weinberg & The Weinberg Brokerage Group.

Addison Gierkink, 19, of Harpswell, ME, and Denver van’t Goemanshof, owned by Kadley Holdings, LLC, jumped to fourth in a time of 37.66 seconds while 19-year-old Michael Hughes of Morristown, NJ, rode Sans Soucis Z, owned by Caroline Lloyd, to fifth place in a time of 38 seconds.

Tyree and Don’t Go have been competing together for the past three and a half years. The pair recently made a return to the show ring after an injury sidelined Tyree at the start of the 2016 season.

“I started back riding the first week in May,” said Tyree. “They told me I could start walking, and three days later I was on a horse.

“I am happy to be back and I couldn’t be more grateful to North Run for keeping Don’t Go going,” continued Tyree, who trains with Missy Clark and John Brennan of North Run based out of Warren, VT. “He feels amazing and I am grateful to have such a great team behind me. He’s my old faithful; I know him like the back of my hand and he always comes out and never disappoints.”

When asked about her plan for Thursday’s jump-off, she responded, “I knew I wanted to try and go in to win. I know him so well that I knew where I could take a little bit of a risk. He is like a big wind-up toy; you kick and just go. He’s not naturally quick, but once you get him going, his stride is massive. He was great all the way around today and it makes my job easy knowing he’s always giving 110 percent.”

In addition to her share of the prize money and a commemorative scrim from Mona’s Monograms, Tyree was presented with a $1,000 gift card to the Overland outlet store in Manchester, VT, by Jason Albright of Overland Sheepskin Co. 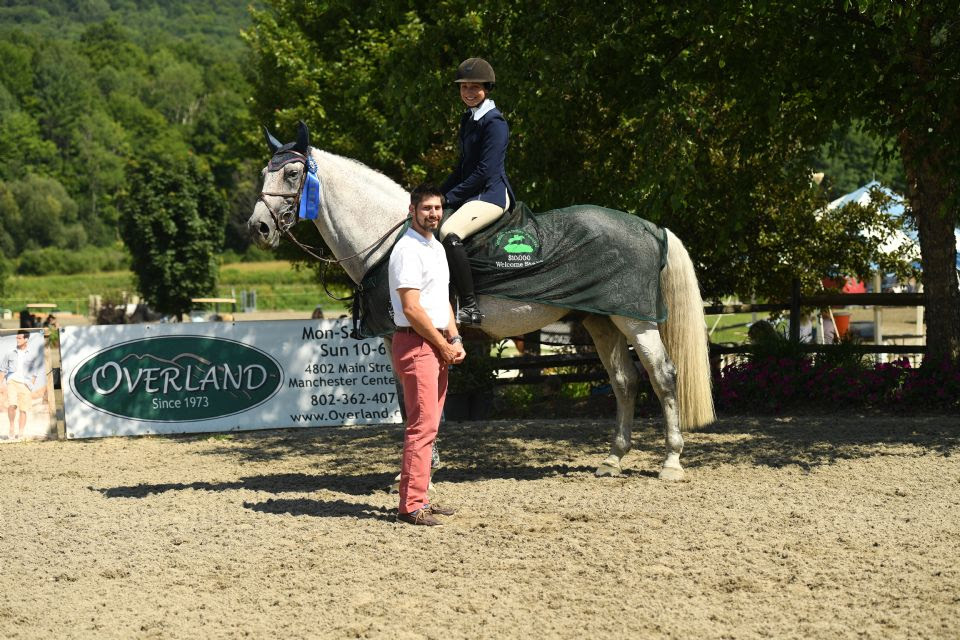 Catherine Tyree and Don’t Go are presented as the winners of the $10,000 Overland Welcome Stake,
presented by Manchester Designer Outlets, by Jason Albright of Overland Sheepskin Co.
Photo by Andrew Ryback Photography

With a win under their belt, Tyree and Don’t Go will be favorites to win the $30,000 Manchester & The Mountains Grand Prix on Saturday, August 6.

For over 20 years, the Vermont Summer Festival has attracted exhibitors and their families to the Manchester region in southern Vermont for great competition in an ideal summer setting. Outside the show ring, exhibitors are immersed in the charm of Vermont’s shopping, dining, and outdoor activities.