Course designer Paul Jewell of Ewing, NJ, saw six horse-rider combinations advance to the jump-off from the 20-horse starting field. Jennings was the only rider to again jump clear in the jump-off riding Donegue, a 14-year-old Warmblood gelding by Thunder van de Zuuthoeve owned by Emma Willsky. The pair crossed the timers in 32.63 seconds for the win. 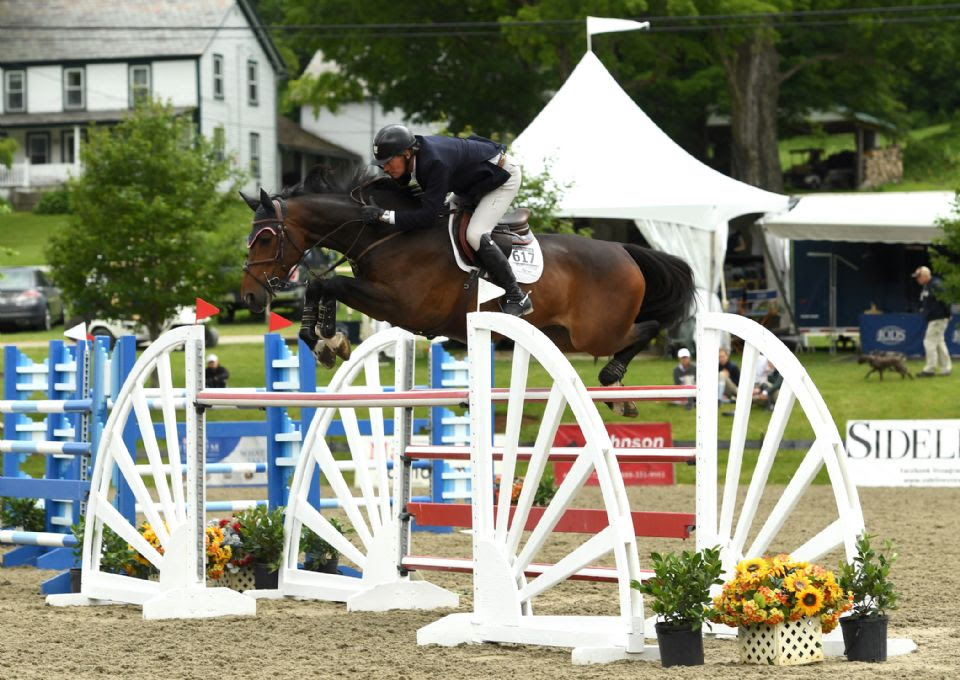 The fastest four-fault round in the jump-off was delivered by New Zealand Olympian Kirk Webby, currently based in Ocala, FL, riding Brando du Rouet for owner Tolleshunt Investment Group. The pair’s time of 33.25 seconds landed them in second place while Matthew Metell of Wellington, FL, placed third with a four-fault round in a time of 33.81 seconds aboard Donchalant, owned by Wolver Hollow.

Irish rider Tom Foley, who is currently based in Darien, CT, finished fourth on four faults in a time of 35.03 seconds riding Maharees Rock, owned by Cormac Kennedy. Rounding out the top five was Merrill Harvey of Huntington, NY, who rode Dubai to a four-fault finish in 37.03 seconds for owner Harvey Equine Ventures, LLC.

“I brought 30 horses the last time I was here and we won the big grand prix at the end of the season but, unfortunately, I have not been able to make it back until now,” said Jennings, who last competed at the Vermont Summer Festival in 2013.  “This show is amazing, and I wish I could spend more weeks here.

“The atmosphere, the people, the management, and the jumps are great,” continued Jennings, who owns and operates Full Circle Farm based in Franklin, TN. “They always have a line-up of top Olympic course designers and I like to look ahead to shows to see who is course designing and what type of course designers they are. It factors into what type of horses and clients I bring.”

Speaking specifically about the course that Jewell set for the Welcome Stake, Jennings said, “The track was perfect for the first welcome of the first week. I’ve jumped Paul’s courses many times before and he always builds exactly for the horses and riders that are here. He built a great, very fair course.” 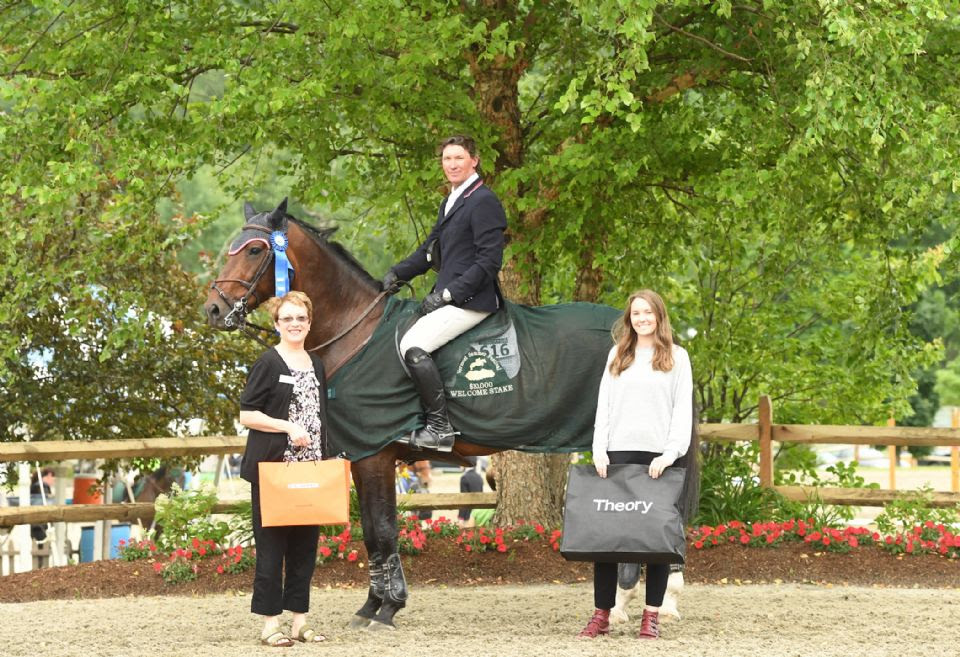 Jennings, 44, got the ride on Donegue when owner Willsky, who competes the gelding in the amateur jumper divisions, started studying at Vanderbilt University in Nashville, TN.

“He is a ham in the barn and such a trier in the ring,” said Jennings, who plans to ride Donegue in the $30,000 Vermont Summer Special Grand Prix on Saturday, July 8. “As soon as he walks in the ring and hears the buzzer, he wants to please. He has his own style, but he always tries to miss the jumps and gives a great effort before and after the fence. I feel that he really enjoys it.”

For over 20 years, the Vermont Summer Festival has attracted exhibitors and their families to the Manchester region in southern Vermont for great competition in an ideal summer setting. Offering more than $750,000 in prize money over the course of its six-week run, the Vermont Summer Festival is New England’s largest hunter/jumper competition as well as the state’s richest sporting event based on purse. Outside the show ring, exhibitors are immersed in the charm of Vermont’s shopping, dining, and outdoor activities.

Competition at the 2017 Vermont Summer Festival runs weekly from Wednesday through Sunday, beginning each day at 8 a.m.Admission is $6 for adults and $3 for children from Wednesday through Friday. On Saturday and Sunday, admission is $9 for adults and $5 for children with 100% of all gate proceeds benefiting the Manchester Community Library, Meals on Wheels of Bennington County, and the Rotary Club of Manchester.