The Roman Red Carpet: See All the Equine Arrivals! 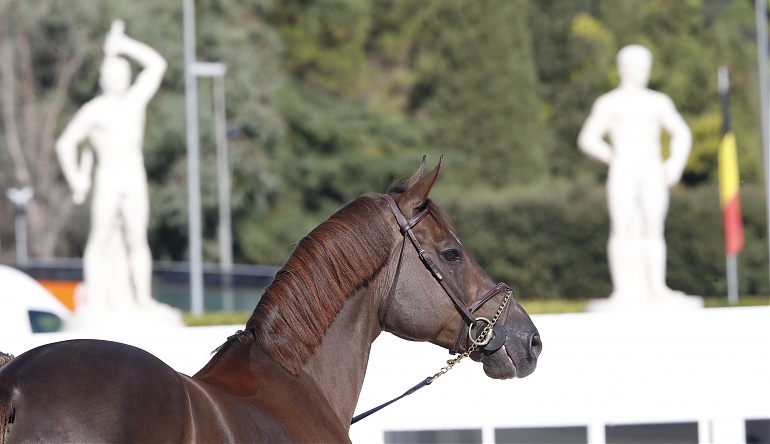 A plethora of show jumping stars are in Rome, Italy, for the penultimate leg of the Longines Global Champions Tour. Held in the magnificent Stadio dei Marmi, the top horses in the world have passed this morning’s vet check and are fresh and ready to kick off the competition for the 14th round of the Championship race. Current LGCT Ranking leader Harrie Smolders has brought two of his top stallions, with Don VHP Z – his 2016 LGCT Grand Prix of Rome winning horse – and Capital Colnardo in action for this crucial leg of the Championship. But the reigning Champions will have hot competition, with the likes of Simon Delestre’s Hermes Ryan back for this leg of the Tour, as well as Scott Brash’s Hello Forever and Ursula XII, Christian Ahlmann’s Codex One, Martin Fuchs’ Clooney, Eric Lamaze’s Chacco Kid and Ludger Beerbaum’s Chiara.

Marcus Ehning will compete with Comme Il Faut, his phenomenally quick stallion who almost won him the LGCT Grand Prix of Rome in 2015, and Ben Maher will ride MTF Madame X, the mare who won him second place at the prestigious LGCT Grand Prix of London. A view of the arena at Stadio dei Marmi during the vet check. PC: LGCT / Stefano Grasso Home hero Lorenzo de Luca will be sure to wow the crowd with top horses Limestone Grey and Halifax van het Kluizebos, and fans will also be able to witness show jumping legends such as John Whitaker’s Argento, and Maikel van der Vleuten’s VDL Groep Verdi TN. Fibonacci 17 will be back in action under Lillie Keenan, and Olympic horse First Devision will head to Rome under Sheikh Ali Bin Khalid Al Thani. The first CSI5* class will kick off at 11:50 local time, with the first round of the Global Champions League taking place at 15:00. All the action will be streamed live via GCT TV, and also via Facebook Live on the official series pages. Click here to see the full list of riders for Rome.